Is America’s Baby Bust Over?

According to preliminary CDC data, the U.S. birthrate rose in 2021. What accounts for the unexpected increase? And does it mean that America’s baby bust is finally over?

With the exception of a minor uptick in 2014, the U.S. birthrate has fallen every year since 2007. Or at least it did until last year. According to preliminary data released in May by the CDC’s National Center for Health Statistics,1 the birthrate rose in 2021, a development that surprised many demographers. What accounts for the unexpected increase? And does it mean that America’s baby bust is finally over?

As for the first question, there are two possible explanations. The first, and in our view more likely explanation, is that we are looking at a one-time catch-up. Although birthrates have been declining since the Great Recession, they experienced an especially steep drop in late 2020 and early 2021, before trending up again. It may simply be that women who postponed births during the early stages of the pandemic are beginning to recoup them. 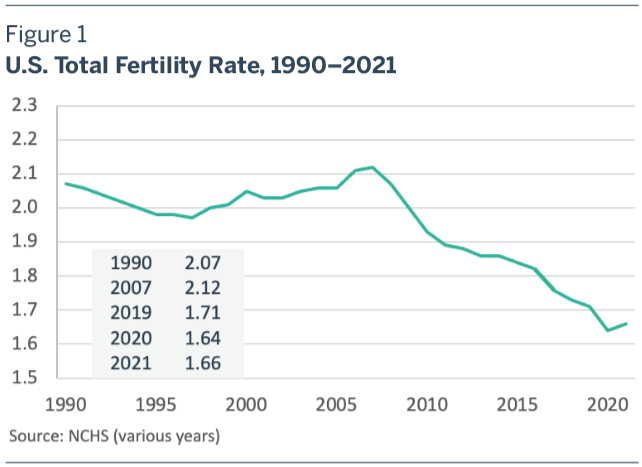 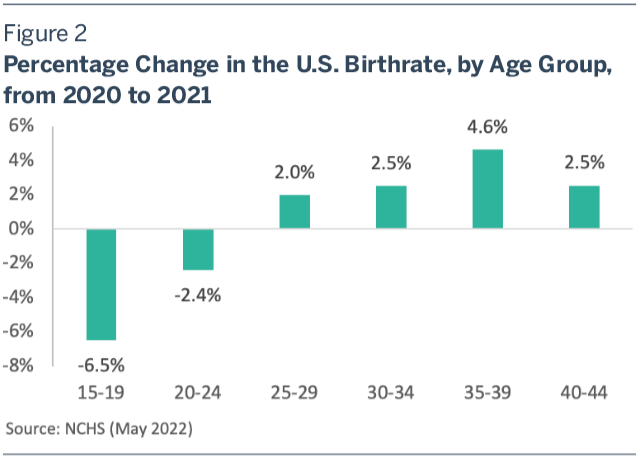 Changes in birthrates by race and ethnicity also seem broadly consistent with a one-time catch-up. While the birthrate of non-Hispanic White women rose by 3 percent in 2021, that of Hispanic women rose by just 1 percent. Meanwhile, the birthrate of Non-Hispanic Black women continued to decline, falling by 3 percent. While race and ethnicity are admittedly crude proxies for pandemic-related health risks and income insecurity, these differentials suggest that those women least adversely affected by the pandemic were the most likely to recoup births.

It is of course possible that developments in 2021 herald a more lasting shift in fertility behavior. When the TFR first started to fall in the wake of the Great Recession, many demographers assumed that at least some women were merely postponing family formation until later in life, rather than deciding to have fewer children, and that birthrates would eventually rise at older ages. Yet more than a decade went by without any sign of this “tempo effect.” The birthrates of women in their thirties have remained more or less flat since the Great Recession, even as those of women in their twenties have continued to fall. (See figure 3.) But with birthrates rising sharply among women in their late thirties last year, perhaps the tempo effect is finally kicking in.

Perhaps, although it is difficult to think of any particular reason why, after so many years, the tempo effect would kick in just now. And even if it has, it is difficult to imagine that it will be powerful enough to have a large impact on the TFR. Assuming that birthrates at younger ages remain unchanged, those of women aged 30–39 would have to increase by roughly 50 percent to push the TFR back up to where it was in 2007. If birthrates only rose among women aged 35–39, they would have to increase by roughly 150 percent to have an equivalent impact.

It is tempting to think that America’s baby bust is an aberration, and that the TFR will necessarily climb back to its higher pre-Great Recession level. But in fact it was the higher level that was the aberration. Between 1990 and 2010, the U.S. TFR averaged 2.03, more than the average for any other developed country except Iceland, Israel, and New Zealand. Today, America’s TFR is about equal to the OECD average. When it comes to fertility behavior, America has simply become a normal developed country. 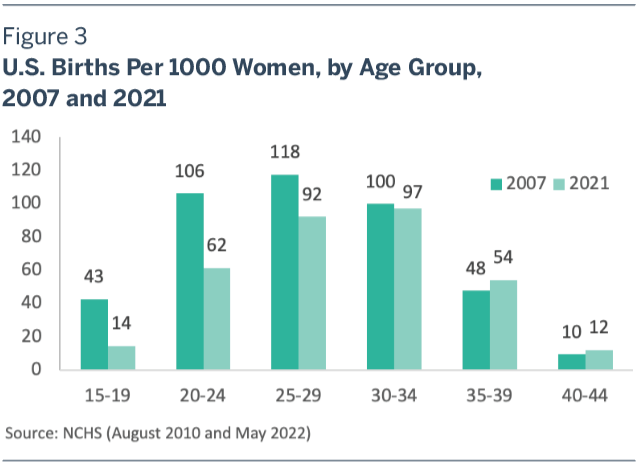 While developments may prove us wrong, we are skeptical that this will change anytime soon. The decline in America’s TFR began in the midst of the Great Recession, but continued throughout the course of the record economic expansion that followed. The decline was also broad-based, encompassing all races and ethnicities. Moreover, none of the social and economic trends that helped to depress birthrates have weakened. The age of first childbirth continues to rise. Religiosity, which is highly correlated with fertility, continues to decline. And it remains much more difficult for Millennials and Gen Z to launch careers and establish independent households than it was for Boomers and Gen-Xers at the same age.

Yes, we may see further small increases in the TFR over the next few years, due to either a broader catch-up effect or a modest tempo effect. Then again, with inflation soaring and a recession looming, we may not.

Either way, what we are unlikely to see are the large, sustained increases in birthrates that would be required to push the TFR back up to pre-Great Recession levels. For better or worse, the era of U.S. demographic exceptionalism is over. 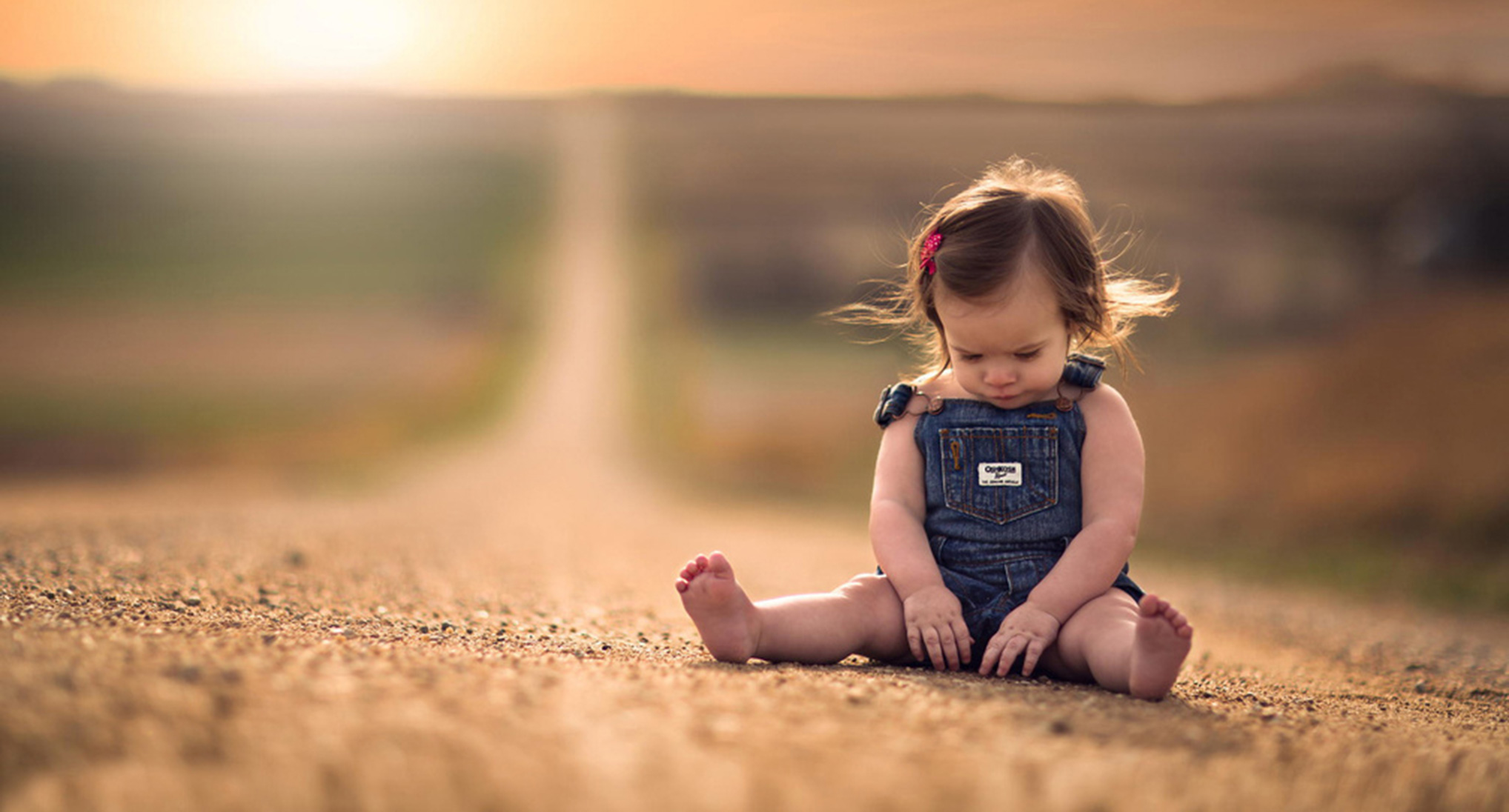