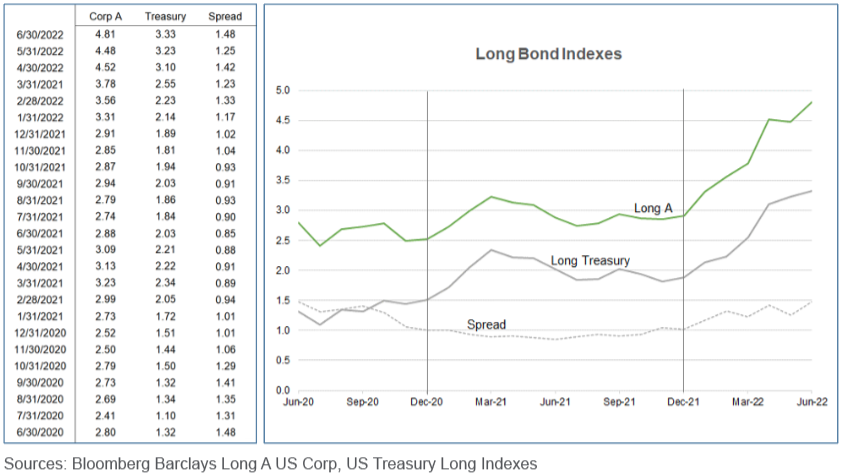 Long corporate bond yields resumed their upward march in June. The A-grade index average moved up over 30 basis points for the month, and is now up 1.9% for the year. The long Treasury yield moved up only 10 basis points in June, thus implying a substantial increase in credit spread. The A-grade spread is up almost 50 basis points for the year; note that a spike in credit spread is generally indicative of significant capital market dislocation (i.e., a flight to quality).

Recent long bond yields are strongly affected by the recent shift in monetary policy aimed at dampening increases in inflation expectations. Corporate rates are further impacted by cyclical vagaries in the level of economic activity and the resulting demand for capital funds.

The future trend for interest rates depends on how effective the current monetary policy restraint will be in suppressing the level of economic activity and thus constraining the inflation rate. A meaningful decline in economic activity (i.e., a recession) or in inflation measures might be expected to break the current pattern of rate increases. Looking beyond these near-term macro-economic issues, analysts generally do not expect a return to higher historic rate levels, in light of the country’s maturing demographics and economy and the government’s tendency toward expansionary monetary policy.

The following exhibits illustrate the results of an A-grade yield curve model developed as of June 30, 2022. 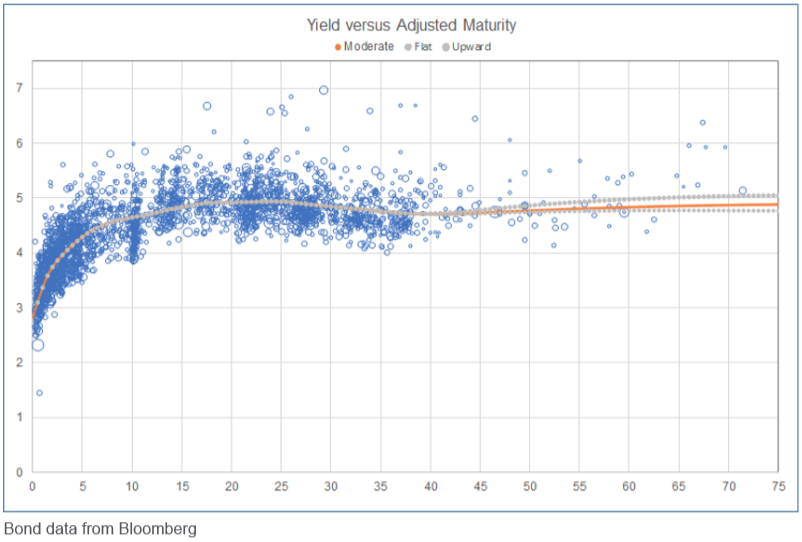 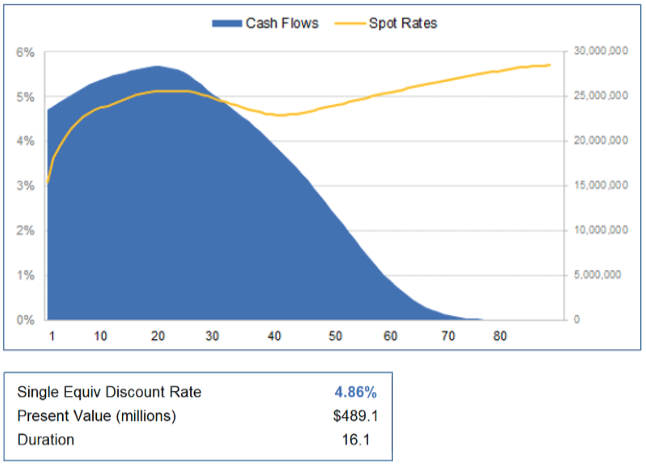 June discount rate outcomes moved up about 30 basis points, roughly similar to the bond index results. But recent months’ discount rate results indicate a rather unusual pattern due to the “humped” nature of the curves—with yields peaking in the 15–25-year maturity range—and an overall flattened slope at the longer maturities. (One possible rationale for this yield pattern might be that the market expects increased rates to be short-lived.)

The summarized discount rate outcomes indicate that the variation in results based on duration is thus significantly dampened—there is a range of only about 15 basis points across our three sample cash flows for June, which is roughly half of the typical dispersion across durations.

The variation in results based on the choice of extrapolation approach is almost completely eliminated given the flatter yield pattern, indicating a maximum difference of only 4 basis points across the duration range. (In comparison, results from the December 2021 model showed variations up to 15 basis points.) 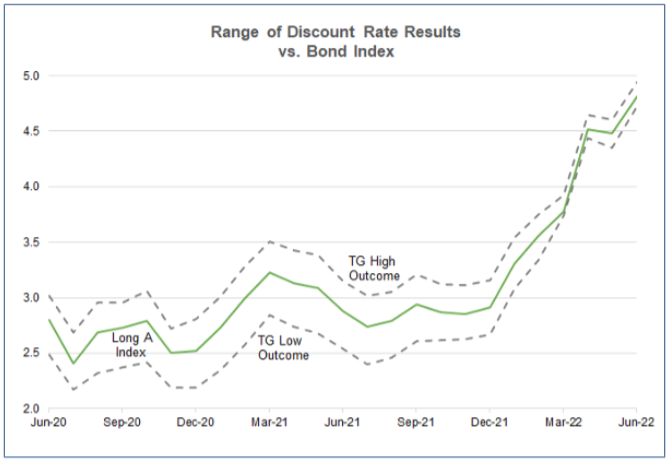