The valuation of long-term insurance policy benefits is shifting to a current-market valuation basis for large public companies in 2023, with restated liability figures generally required as of the two prior year-ends.

Current market discount rates are based on an “upper-medium grade” fixed income yield, which is broadly interpreted to mean A-grade corporate bonds. 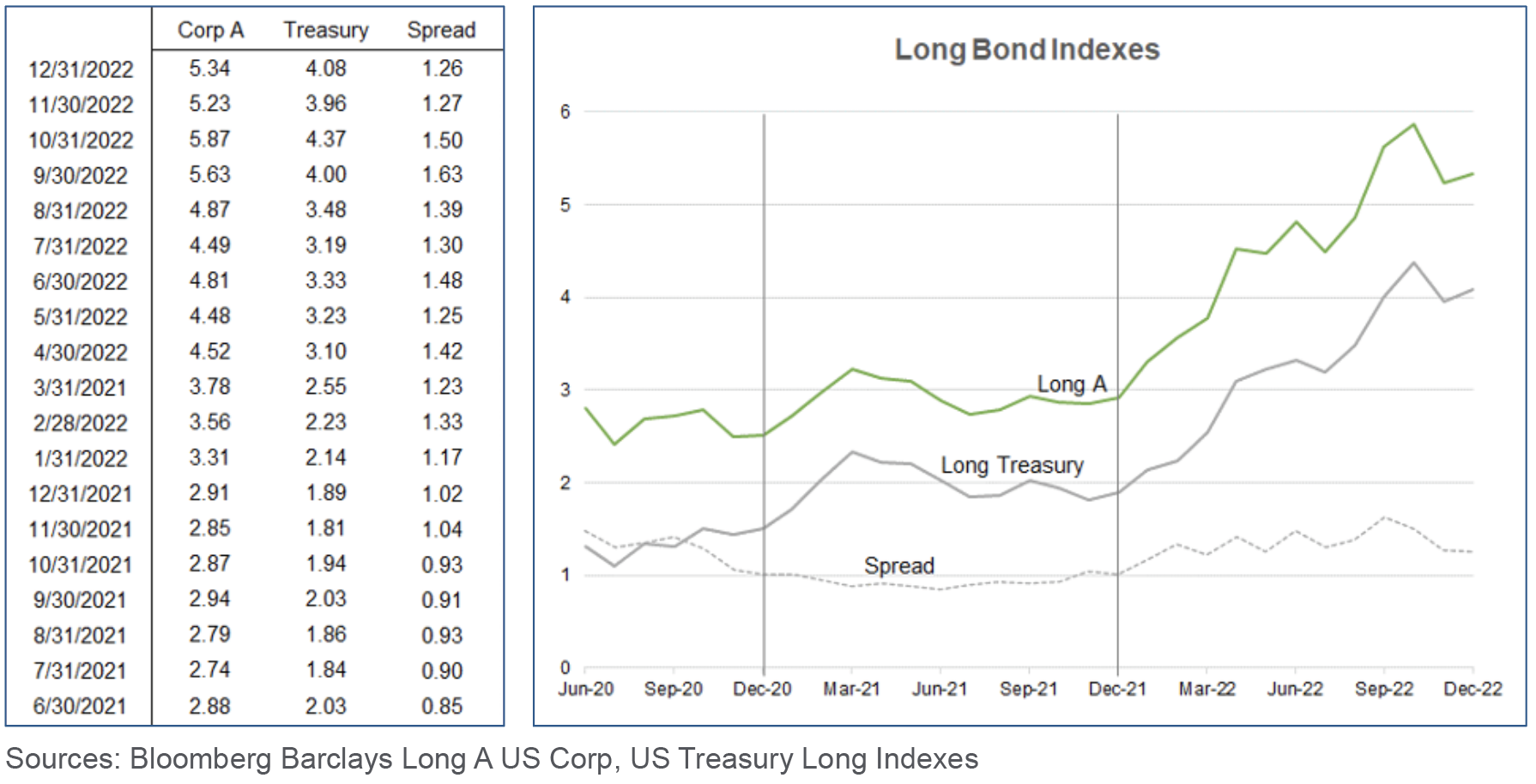 The December bond market was rather uneventful, as long bond yields nudged up slightly, thus recapturing a portion of the significant yield decline in the prior month.

Full year results were much more dynamic: long corporate yields moved up a rather startling 3% over the first ten months of 2022, before falling back about 50 basis points over the year’s last two months, resulting in a 2.5% increase for the year. (Note that this movement in long yields is by far the largest year-over-year increase in recent economic history.) The uptick in long Treasury yields was a bit less extreme, with an increase of roughly 2.5% as of October 31 followed by a slide back to a 2.2% increase as of year-end.

Recent long bond yields are strongly affected by the shift in monetary policy aimed at dampening inflation expectations. Corporate rates are further impacted by cyclical vagaries in economic activity and the resulting demand for capital funds.

The future trend for interest rates depends on how effective the current monetary policy restraint will be in suppressing the level of economic activity and thus constraining the inflation rate. A meaningful decline in economic activity (i.e., a recession) or in inflation measures is likely required to break the recent pattern of rate increases. Looking beyond these near-term macro-economic issues, analysts generally do not expect a continuation of current high rate levels going forward, in light of the country’s maturing demographics and economy and the government’s tendency toward expansionary monetary policy.

The following exhibits illustrate the results of an A-grade yield curve model developed as of December 31, 2022.

After filtering the A-grade bond universe for grading, optionality and other factors, the portfolio consists of almost 3,000 bonds. These are arrayed across maturity groups; a curve is then fit to that array, with a goal of reflecting the mean/median yield for each maturity group. Note that two technical adjustments are made in the course of fitting the curve: 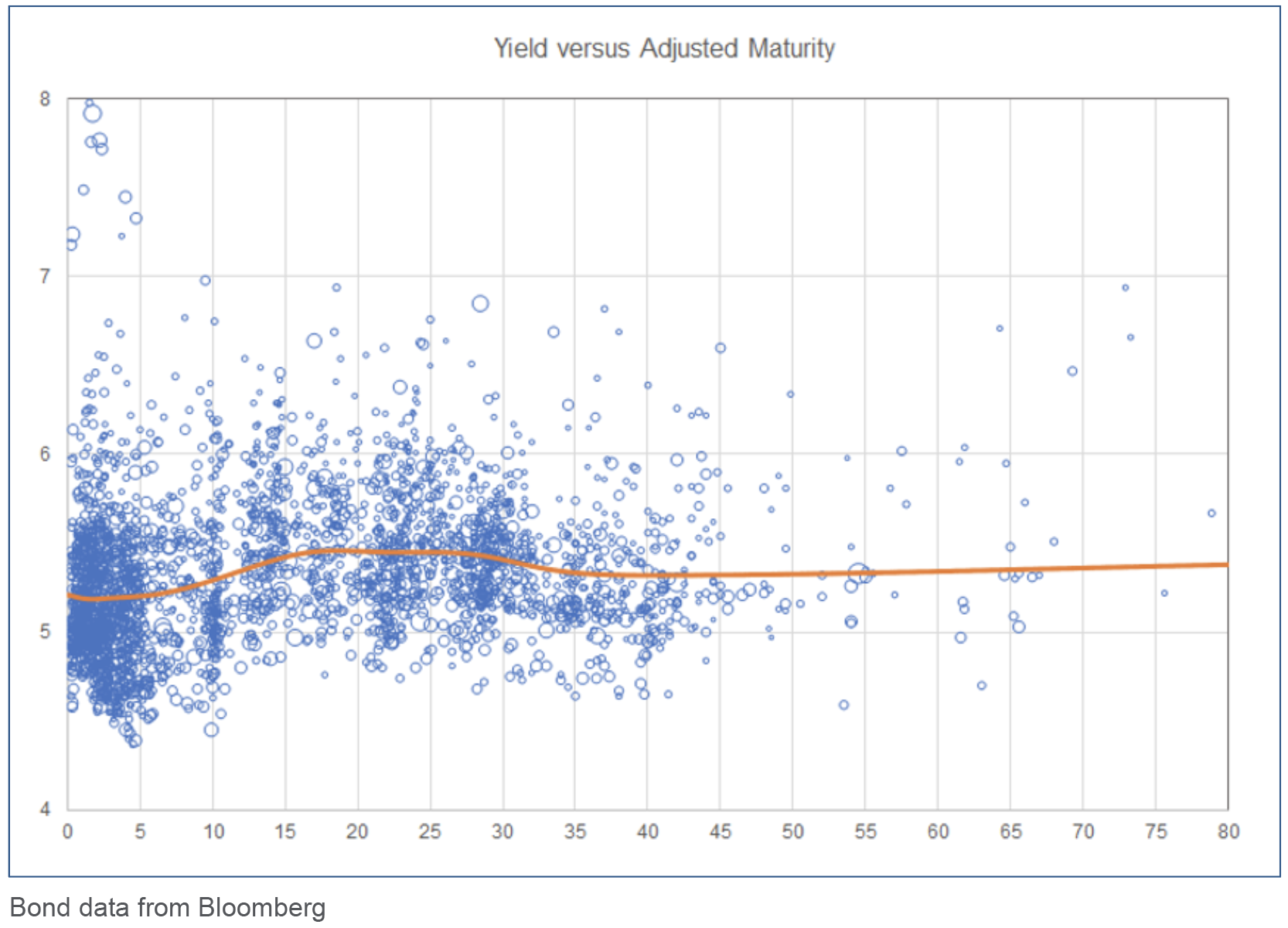 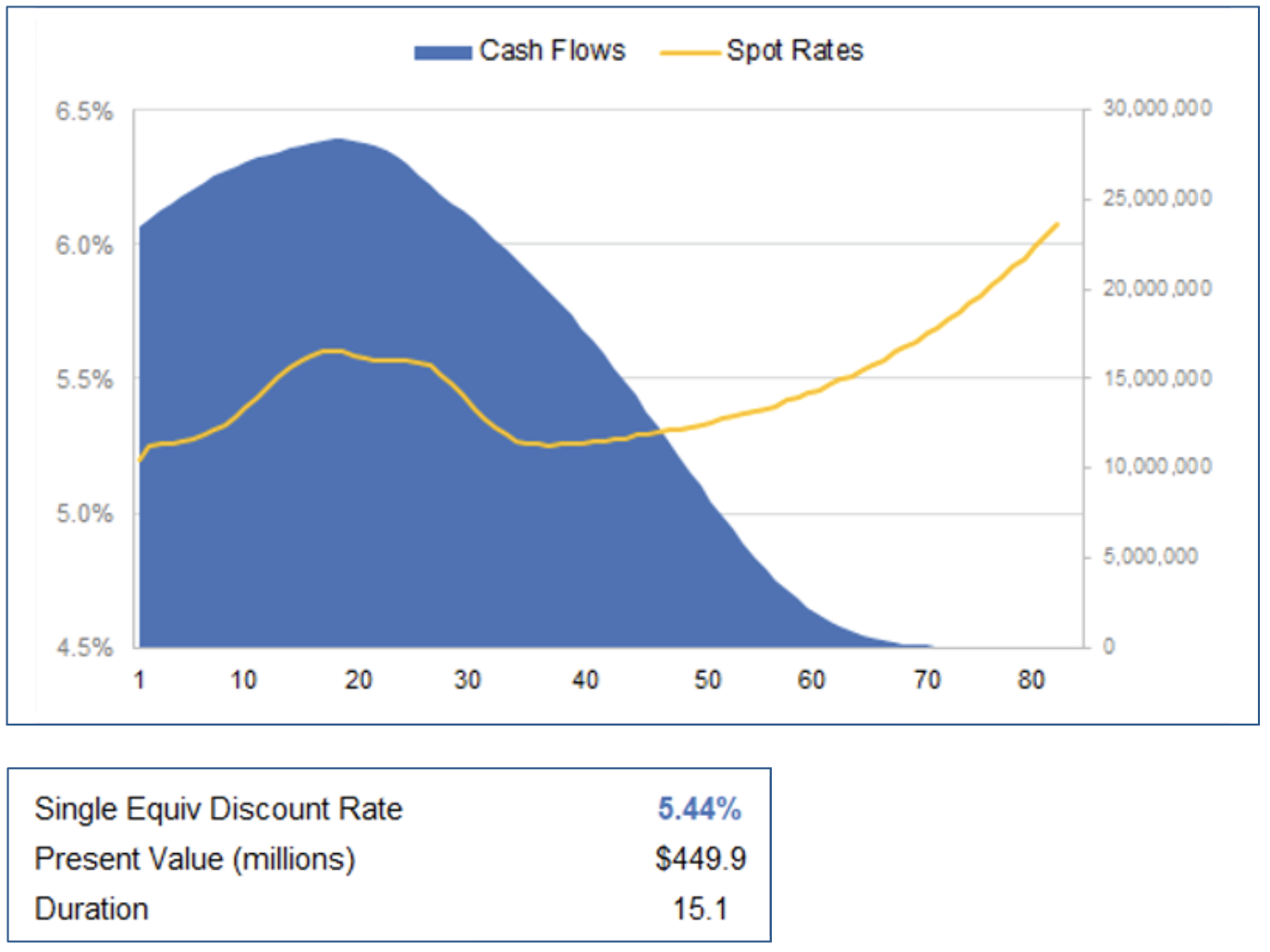 December discount rate outcomes increased about 15 basis points, slightly ahead of the bond index results. But recent months’ discount rate results have indicated two rather atypical patterns that have significantly changed the nature of the curve build:

The summarized discount rate outcomes indicate that the variation in results based on duration is thus significantly dampened—there is a range of only 9 basis points across our three sample cash flows for December, a small fraction of the typical dispersion across durations.

The variation in results based on the choice of extrapolation approach is completely eliminated given the flatter yield pattern. (In comparison, results from the December 2021 model showed variations up to 15 basis points.) 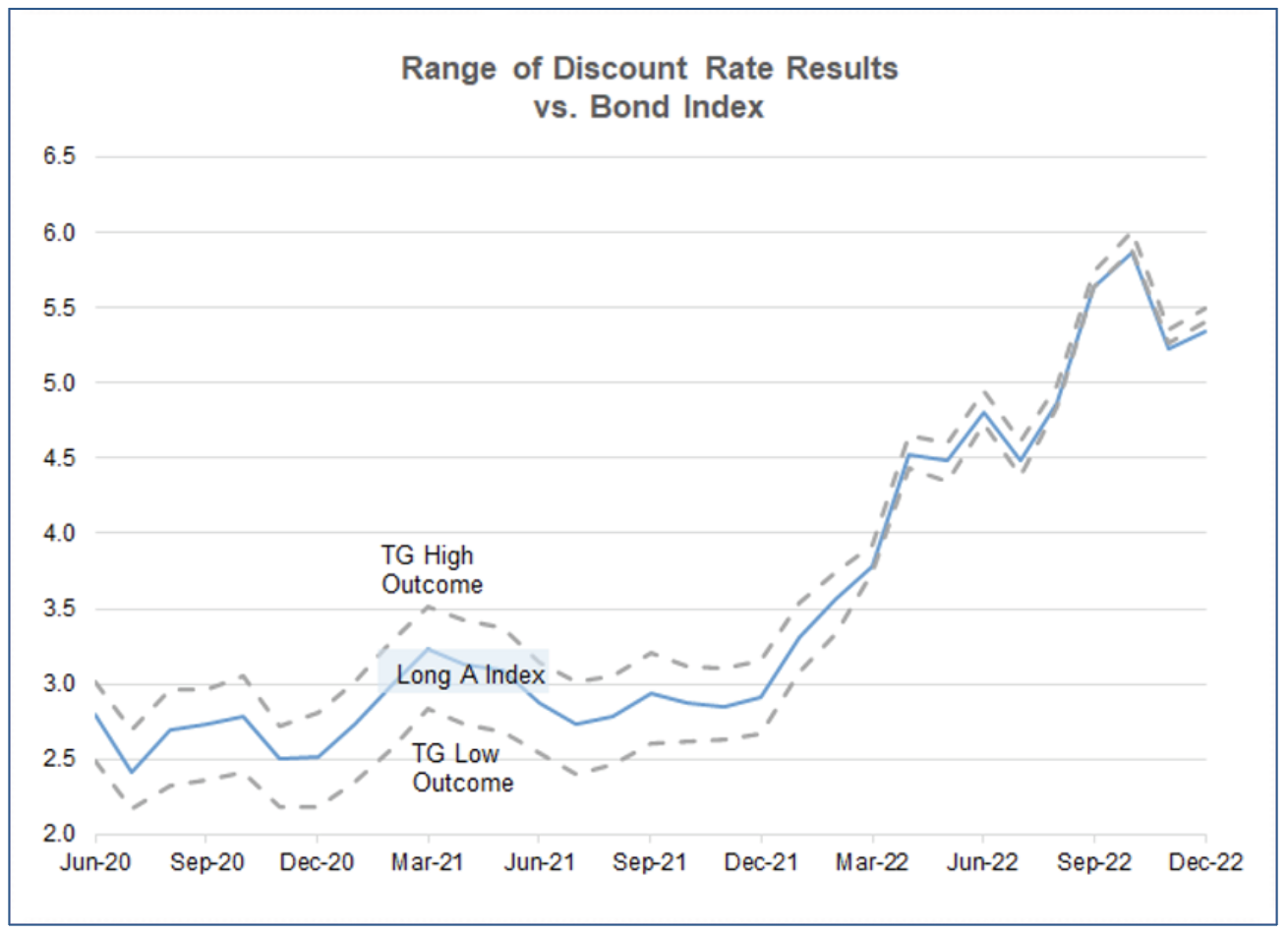 * Longer-maturity bonds in our portfolio have an average coupon of about 4.4%. Since the curve utilizes a par bond convention, representing a given long bond at the maturity point where its actual duration is consistent with that of a par bond (with coupons presumed paid based on the market yield) maintains the integrity of the yield curve. This adjustment becomes an especially critical issue when market rates vary significantly from historic levels. Since market yields in recent months have tended to be significantly higher than coupon rates, their maturities must be extended in order to align with par bonds represented at these market rates. On average bonds in the long maturity portion of the December portfolio are being extended by 3+ years.